When Keeping it Real Goes Wrong 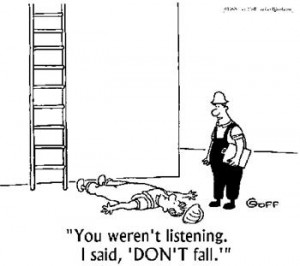 As a semi-recent San Franciscan transplant, I felt it was my duty to dine at a local, legendary steak house, of which I won’t name names. It was my boyfriend’s birthday and sounded like a good way to celebrate.
True to form, he checked out the menu online well in advance and scoured reviews for recommendations on the best items to order. One thing not to miss: the complimentary extra piece of choice beef that is sure to send you over the edge, but oh-so-delicious. Most people who have never been to this place probably won’t even know it is coming and welcome the pleasant surprise. But if you know it should be offered and it’s not, well, you’ve got some annoyed new customers on your hands.
[blockquote3]It got me thinking—how quickly does customer delight shift to disappointment?[/blockquote3]
As you can probably tell, we were not offered the extra complimentary piece of steak. And that probably was for the better considering I was already in a food coma by the time we left. But for the hungry birthday boy who ordered the “King Henry” of steaks, the bone and fat took up more on the plate than was acceptable. The small gesture would have gone a long way especially when we saw plenty of other tables pile on the second helping.
Once we alerted the server of our slight discontent (let’s be honest, the portion was plentiful and food: divine) she quickly went into damage control mode. The iconic maître d’ came over, charmed us a little, and let us know our bill would be slightly discounted. When asked about dessert, oh no, we couldn’t possibly—plus we had a homemade cake waiting at home (I did not eat it, don’t worry).
All was right in the world again, let’s just pay the bill and call it a night. But wait, where’s our server? She was off ordering a crème brulee with a candle to sing my ready-to-get-home boyfriend “Happy Birthday.”
Uh oh. This is where Keeping it Real Goes Wrong.
Some people have a knack for reading others. I’m guessing this woman did not. Grown men (who are slightly agitated, mind you) do NOT want to be sung “Happy Birthday” in a crowded restaurant. Ever. Even if its the typical m.o. around here. Just don’t.
We previously mentioned (twice) we couldn’t possibly eat anything more—making this “nice” gesture of crème brulee a totally unnecessary expense. And then, she took a picture of us.
Oh no she didn’t!
Oh yes, she did.
[pullquote]”It’s a tradition!,” she says.[/pullquote]
Ok, but in this case, a little overboard. Considering our credit card has been on the table for about 15 minutes now, I’d say we’re ready to leave.
You were on an upswing! We had resolved the issue!
[blockquote3]And then, you continued trying to “wow” us.[/blockquote3]
And now, I’m sad to say, we probably won’t be back. (For a while at least.)
The moral here: Companies can sometimes try too hard to keep a customer, only to annoy them further. Sometimes, less is more and listening to the customer is the only way to understand when to stop the dog-and-pony show. Let your product speak for itself and train your staff to actively listen. Had this team done so, this blog post would probably not exist.