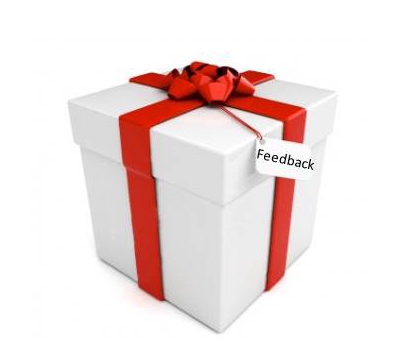 Capturing the Win: A Conversation about Actively Listening to Customers

Dennis Dube, VP Revenue Operations for Advance Local (LinkedIn here) sat down recently with Steve Bernstein, CEO and creator of the B2B-centric customer engagement solution, TopBox, to talk about Dennis’s experiences with active listening as a means to strengthening customer relationships.  Dennis’s team had begun only a couple of months earlier employing a system of active listening through the use of surveys at key intervals in their relationship with customers.   The conversation with Steve yielded some fascinating insights into not only the process of active listening through survey tools, but the beneficial outcomes and potential ROI.  Dennis explained that, not only are they eager to sell to the right customer (those who can really use their service) but they are laser focused on making sure that they do a great job on fulfillment, on meeting customer expectations so that they can accelerate the rate of new sales by creating an army of customer advocates.

Dennis and his team use the reporting tools in Salesforce to engage in a series of near-real-time active listening sessions with customers to capture feedback at critical points where customers might otherwise have “suffered in silence.”  He related to Steve an experience he had had recently while working with customer team (not just the primary contact).  One key contact reported that the services were “great!”  However, in the survey another person in the account related her disappointment with the process.  “It’s a disaster!” she wrote.  Because Dennis and his team were routinely engaging customers through feedback (survey) tools, they received the constructive feedback in time to act before the customer had decided to consider another agency.  Their established protocols ensured that the issue was solved to the customer’s satisfaction and that, moving forward, it would not crop up again.

“What we’ve done,” Dennis said, “is to define four different moments of truth that we believe are the most critical for not only the experience itself, but it’s the most impactful in terms of whether or not the customer is going to be satisfied with the end result.  For us, that’s the biggest driver of retention.”  Dennis and his team started with a hypothesis derived from conversations with sales leaders and a handful of data elements and selected four key points in the fulfillment process that they considered vital for launching customer satisfaction surveys.  Following that, they established protocols for follow-up that included getting back to customers within four business days whenever there was a report of dissatisfaction (i.e. missed customer expectations).  They used Salesforce dashboards, combined with integrated customer-feedback capabilities to examine their current Net Promoter Score and customer responses by account with a list of important, triggered, engagement and follow-up activities.  From there, they view right down to the individual account to provide recommendations and improvements to the process and the customers’ strategy.

Surveys are not always well-received by customers and, if they yield results at all, those results may be ambiguous or incomplete.  Dennis noted that he understood that going in.  “My big belief is that there’s three primary drivers for why someone will or won’t fill out a survey,” he told Steve.  Dennis described those drivers as “fatigue, connection, and intention.”  Fatigue, he noted occurred when a survey was just too broad and required the user to answer more than a few very pointed questions.  Connection, on the other hand, has more to do with the surveyor’s relationship with the client.  The final driver, intention, has to do with a company’s intention to actually do something with the information they acquire through surveys.  When a customer knows there is purpose and intention in the survey, they feel that their response is time well spent.

Steve agreed completely noting that that had been his experience as well.  He also pointed out that the intention must also include a commitment to understanding the data derived from surveys.  “A lot of people,” he said, “seem to think about surveys in the aggregate.  I’m always a little gun shy about those kinds of programs. There’s a ton of value to be had when reaching out to an individual customer to directly address their feedback.”

Dennis confirmed that there was still a lot to learn and that they would try to reach a deeper understanding of customer needs and the active listening process over time.  “Understanding how your customers buy, understanding what your sales process is has to be documented first before you can delve into service,” he told Steve.  “So now that I understand how a customer buys my product or service, where are the areas that make sense for me to capture their feedback?  As much or more than anything, going back to those three elements of the survey: fatigue, connection, intention, I think you have to make sure that your organization is ready to do something with it.  Because if you ask for feedback and don’t do anything with it, it damages your brand far more than never  asking for feedback in the first place.”